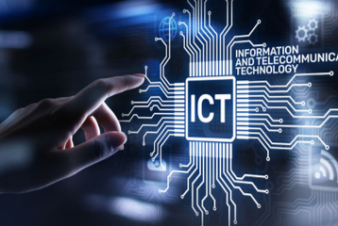 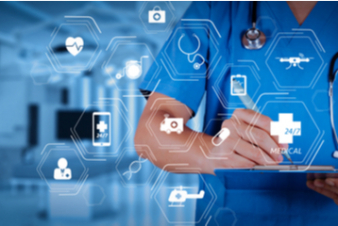 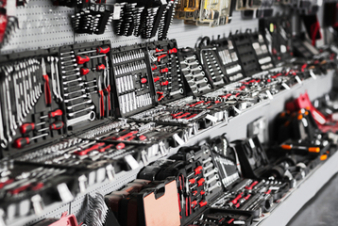 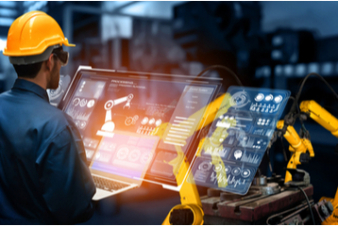 Industry in Taiwan primarily consists of many small and medium-sized enterprises (SME) with fewer large enterprises. Traditional labor-intensive industries are being moved off-shore and replaced with capital and technology-intensive industries. These industries are in the pre-mature stage of the manufacturing industry in various global economic competitions, and growing from the over-reliance from the original equipment manufacturer and original design manufacturer models. The Institute for Information Industry is responsible for the development of the IT and ICT industry in Taiwan. Industrial Technology Research Institute is the advanced research center for applied technology for the economy of Taiwan. The art industry is significant with sales worth $225.4 million made domestically in 2019. Taiwanese collectors and artists are also prominent in the global art market.

The "e-Taiwan" project launched by the government seeks to use US$1.83 billion to improve the information and communications infrastructure in Taiwan in five major areas: government, life, business, transport, and broadband. The program seeks to raise industry competitiveness, improve government efficiency, and improve the quality of life, and aims to increase the number of broadband users on the island to 6 million. In 2010, Taiwan's software market grew by 7.1% to reach a value of US$4 billion, accounting for 3.3% of the Asia-Pacific region market value. The digital content production industry grew by 15% in 2009, reaching US$14.03 billion. The optoelectronics industry (including flat panel displays and photovoltaics) totaled NT$2.2 trillion in 2010, a 40% jump from 2009, representing a fifth of the global market share. The economy of Taiwan is a partner in the Global Value Chains of Electronics Industry.[98] Electronic components and personal computer are areas of international strength of Taiwan's Information Technology industry.

Consumer goods
Taiwan is a major producer of sporting goods with NT$59.8 billion of production in 2020, 40-50% of production is indoor fitness equipment. Taiwan is the global leader in golf equipment with 80% of global production concentrated in the country. The four largest golf OEM are all Taiwanese however these firms are increasingly selling products under their own brands.

Information technology
A TSMC factory in Tainan Science Park, one of the many companies that make up Taiwan's IT industry. Taiwan's information technology industry has played an important role in the worldwide IT market over the last 20 years. In 1960, the electronics industry in Taiwan was virtually nonexistent. However, with the government's focus on development of expertise with high technology, along with marketing and management knowledge to establish its own industries, companies such as TSMC and UMC were established. The industry used its industrial resources and product management experience to cooperate closely with major international suppliers to become the research and development hub of the Asia-Pacific region. The structure of the industry in Taiwan includes a handful of companies at the top along with many small and medium-sized enterprises (SME) which account for 85% of industrial output. These SMEs usually produce products on an original equipment manufacturer (OEM) or original design manufacturer (ODM) basis, resulting in less resources spent on research and development. Due to the emphasis of the OEM/ODM model, companies are usually unable to make in-depth assessments for investment, production, and marketing of new products, instead relying upon importation of key components and advanced technology from the United States and Japan. Twenty of the top information and communication technology (ICT) companies have International Procurement Offices set up in Taiwan. As a signer of the Information Technology Agreement, Taiwan phased out tariffs on IT products since 1 January 2002.

Taiwan is a hub for global computing, telecommunications, and data management with a number of large server farms operating in the country. Google's data center in Changhua is believed to be the largest in Asia. Taiwan is well connected to the global undersea fiber optic cable network and serves as a substantial traffic interchange.

Taiwan’s Machinery Industry
According to IEK Consulting, in 2018 Taiwan’s machinery industry had an export value of US$27.4 billion. The top three export markets – China, the United States and Japan – accounted for a combined output value of NT$1.18 trillion, an increase of about 7.3% and a continued record high. A number of factors, primarily the stabilization of global oil prices and exchange rates, a recovery of the major industrial economies of Europe at the end of 2016, as well as an industrial upgrade in China leading to an expansion in automation and demand for new equipment, have contributed to remarkable growth in the output values of two industries: high-tech equipment and metal-processing machine tools. While 2017 saw declines from 2016 in a few categories (namely, industrial machinery, other machinery, and metal molds), other secondary machinery industries in Taiwan, including high-tech equipment, metal-processing machine tools, mechanical transmission components, and fluid machinery, all showed increasing output values.

Taiwan’s Healthcare Industry
IEK Consulting estimates that in 2017 the output value for Taiwanese medical equipment was about US$3.4 billion and will have reached US$3.8 billion by 2019. The aging of society has resulted in an increased demand for assistive devices and bone implants, which, along with increased orders for blood sugar meters, test strips, and contact lenses, will be major drivers of output value growth. Taiwan has three opportunities for developing smart healthcare:

Taiwan’s Hardware Industry
Taiwan's hand tools are the world’s unsung champions! Every year, Taiwan’s tool industry earns US$4 billion from exports of OEM wrenches and pliers. Globally reputed as the “Kingdom of Hand Tools,” Taiwan is one of the world’s top three export countries in this sector, which is one of the island’s most prominent industries. Nearly 70% of enterprises in the hand tool industry are concentrated in the Taichung and Changhua areas.